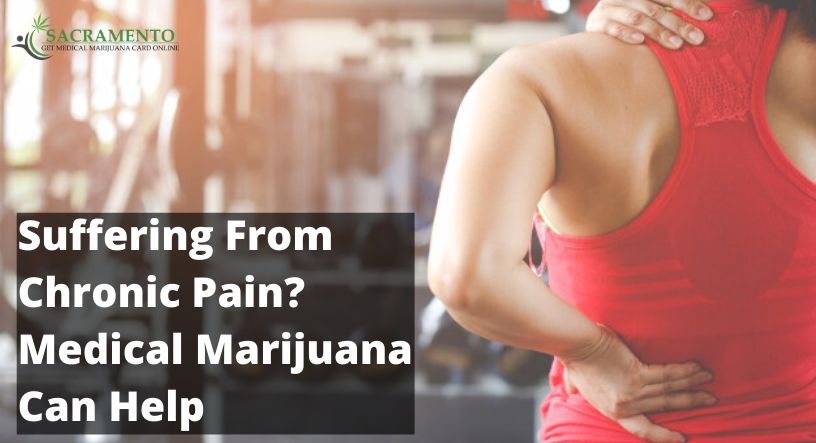 Medical marijuana is an effective treatment for chronic pain. There’s a wide range of studies supporting this available. Marijuana contains over 100 chemical compounds called cannabinoids, which work by interacting with the body’s endocannabinoid system. Choosing the right strains with optimal levels of CBD and THC can help you manage your condition. However, you can seek professional advice from medical marijuana doctors in Sacramento.

There are three types of pain, which can be treated using medical marijuana. These are-

Let’s discuss how cannabinoids work for patients suffering from these types of pain & what’re the best strains for relieving chronic pain. 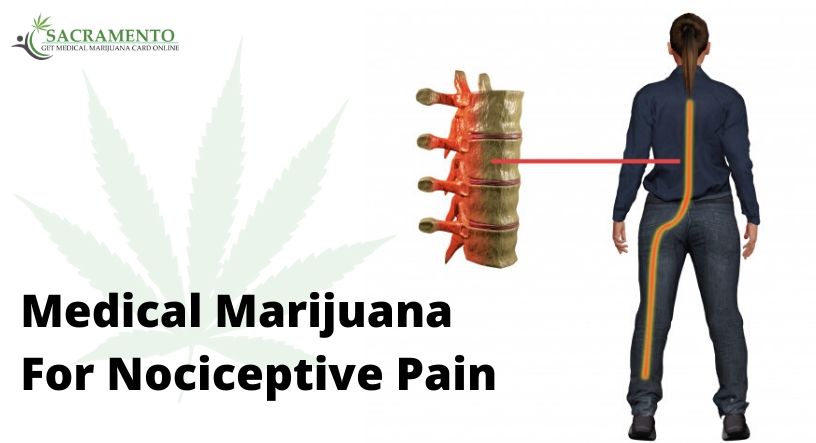 If you’re looking for long-term treatment, make sure you use strains with balanced THC and CBD levels.

Neuropathic pain arises due to damage to the nervous system, forceful injury, stabbing and pinching. About 7-10% of the population suffer from neuropathic pain. However, certain diseases can also lead to this type of pain. For example, multiple sclerosis, HIV, diabetes, and Parkinson’s disease can lead to neuropathic pain.

CBD-rich strains can help in reducing chemotherapy-induced pain by activating serotonin receptors. Chemotherapy is an effective treatment for cancer. CBD is a non-psychoactive compound, which doesn’t cause any high effects as THC does.

However, over-activation of CB1 receptors can result in reducing effects as in the case of nociceptive pain.

Central pain can result from dysfunction in the body’s nervous system. In some cases, this type of pain may originate from injury or may not have any causes. This makes it difficult to treat. An example of central pain is fibromyalgia in which pain signals arise from dysfunction, and make their way to the brain. The cause of fibromyalgia is unknown.

There has been a lot of studies conducted to find out how exactly marijuana helps in treating central pain. Researchers have found that cannabinoids in cannabis are highly effective in reducing fibromyalgia. A study of 26 fibromyalgia patients reported that marijuana use is effective in reducing pain. It also indicated that half of the patients stopped taking medications.

Medical researchers have also found that marijuana is effective in reducing the central pain, which doesn’t have any known origins.

When it comes to marijuana use for pain relief, choosing the right strain is important. At the medical dispensary, you can find a wide range of marijuana strains with different levels of CBD and THC. Try different strains, and analyze how your body responds to the cannabinoids. However, you discuss your condition with marijuana doctors in Sacramento and seek professional advice for strains for alleviating your condition.

To sum up, marijuana has proven effective for alleviating symptoms of a wide range of conditions, of which chronic pain is one. The herb contains amazing cannabinoids, which can help in relieving different types of pain—nociceptive, neuropathic and central pain. A psychoactive compound THC activates CB2 receptors on immune cells, thus reducing the pain-inducing response of the body. CBD can help in relieving pain in various ways—increasing the activity of GABA neurotransmitter in the brain, increasing the levels of anandamide, and activating serotonin receptors. For long-term treatment, make sure you choose the right marijuana strains with optimal levels of CBD and THC.

Talk to medical marijuana doctors in Sacramento to apply for your MMJ recommendation letter.