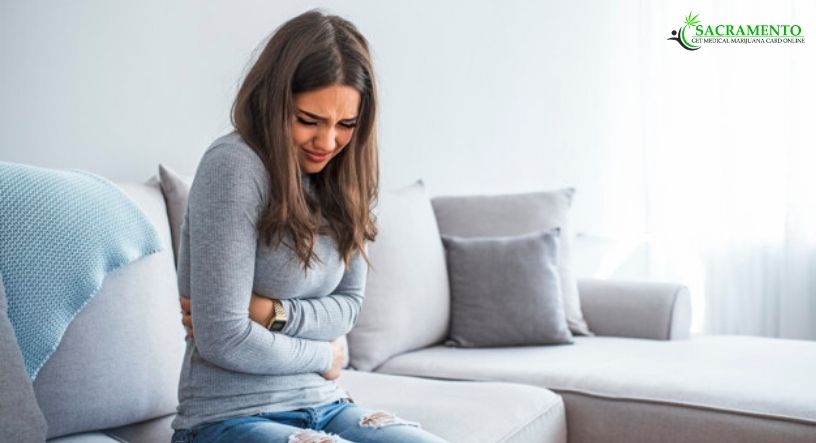 Cannabis is helping people to get rid of the pain since the medieval ages. Today, many are again turning towards this magical herb to heal their chronic pain. In the same light, they are opting for cannabis card Sacramento. This post outlines how cannabis helps people with chronic pain and which are the top cannabis strains to try in this regard.

THC and CBD cannabinoids can alter the signalling of cannabinoid receptors, which allows modulating pain thresholds. In addition, cannabis can restrain pro-inflammatory molecules and work synergistically with the endogenous opioid system. It demonstrates its potential to relieve neuropathic and inflammatory. However, we still have to continue studying a lot about the relationship between chronic pain and cannabis, as the research in this field seems very promising.

Next, we have chosen three strains of cannabis that are very effective in dealing with chronic pain. 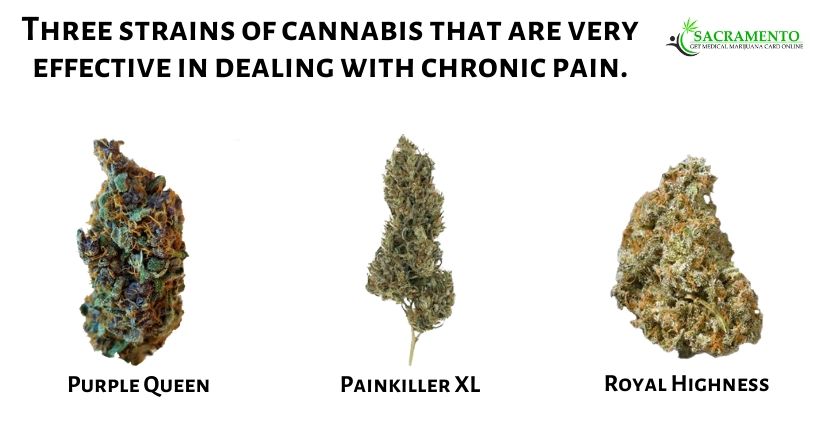 The Purple Queen is a portent of Indica dominance with elevated THC levels to fight pain states. Its flowers weigh heavily with a psychoactive resin that raises THC levels by around 22%. You will not need much to feel changes in your pain states immediately. But, after a few puffs, the body begins to feel lighter, less tense and much less inflamed. This purple strain descends from progenitor strains from the Middle East and Asia, the Hindu Kush, and the Purple Afghani. Very appetizing citrus flavours accompany its relaxing and euphoric effect.

In addition to its high THC content, this variety produces huge crops, which guarantees you the right amount of therapeutic flowers for a few weeks.

It is not surprising that Painkiller XL is in our top three strains for chronic pain. This variety is a cross of Respect 13 with Juanita La Lagrimosa. This cross-section was made to obtain a plant of Sativa predominance, resinous and fast. Painkiller XL is a good starting point to calm the pain and has a balanced THC and CBD ratio of 1: 1. Laboratory results revealed 9% THC and 9% CBD. This almost equitable distribution of THC and CBD has become the industrial standard for medicinal varieties, because of its high CBD content, mainly responsible for the calming and physical effect, counteracts the cerebral high of THC. The Sativa predominance of Painkiller XLIt causes a mild and uplifting cerebral high, while its high concentration of CBD could reduce the perception of pain.

The Royal Highness is a close relative of Painkiller XL. Both share the genes of the Respect – an almost pure Sativa, which is a cross between Juanita La Lagrimosa and Cannalope Haze. The other variety of the Royal Highness crossing is the Dancehall, a hybrid of Sativa dominance. It is also based on the famous Juanita, and well known for its cheerful effect. If compared to Painkiller XL, the Royal Highness leans more towards its Sativa side in terms of its impact. Yet the percentage of Sativa genes is slightly lower.

It has a THC level of 14% and a lucid and active high that is accompanied by a narcotic high, but its effects are not as balanced as those of Painkiller XL. If you have health problems and they cause you pain, it is a good idea to try at least two medicinal varieties rich in CBD. One with a moderate level of THC LIKE Painkiller XL and another slightly more potent like Royal Highness. With this method, you can easily find the variety that best suits your personal needs.

It is always wise to consult a physician about your pain before initiating MMJ treatment. Contact our experienced doctors that provide cannabis card Sacramento today for a wise consultation.